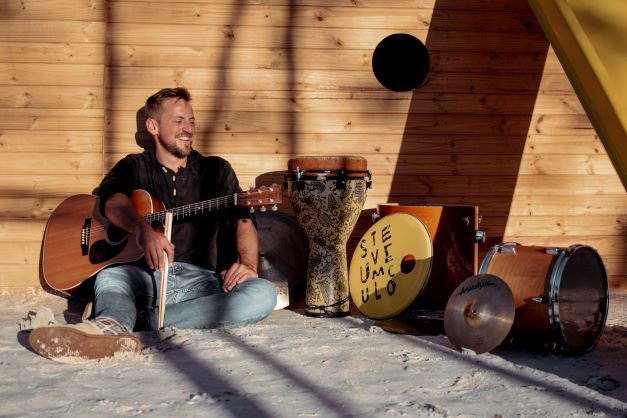 Steve Umculo is an upbeat and energetic singer/songwriter born and raised in the culturally rich and bustling city of Johannesburg, South Africa. His music is a unique blend of afro-centric grooves and folk harmonies.

Steve maintains a beautiful balance between sing-along melodies and dance-inducing grooves, and his live show is just as zestful as his personality. Steve’s positivity is as contagious as it is refreshing, and manages to seep through into his music and his live shows. Any audience is guaranteed to walk away with a smile.

The live show is a one-man-band spectacle that includes a loop station and a myriad of different instruments. Looping has become very popular amongst live musicians recently, but the addition of the stand-up drum kit brings so much energy and excitement to the show. 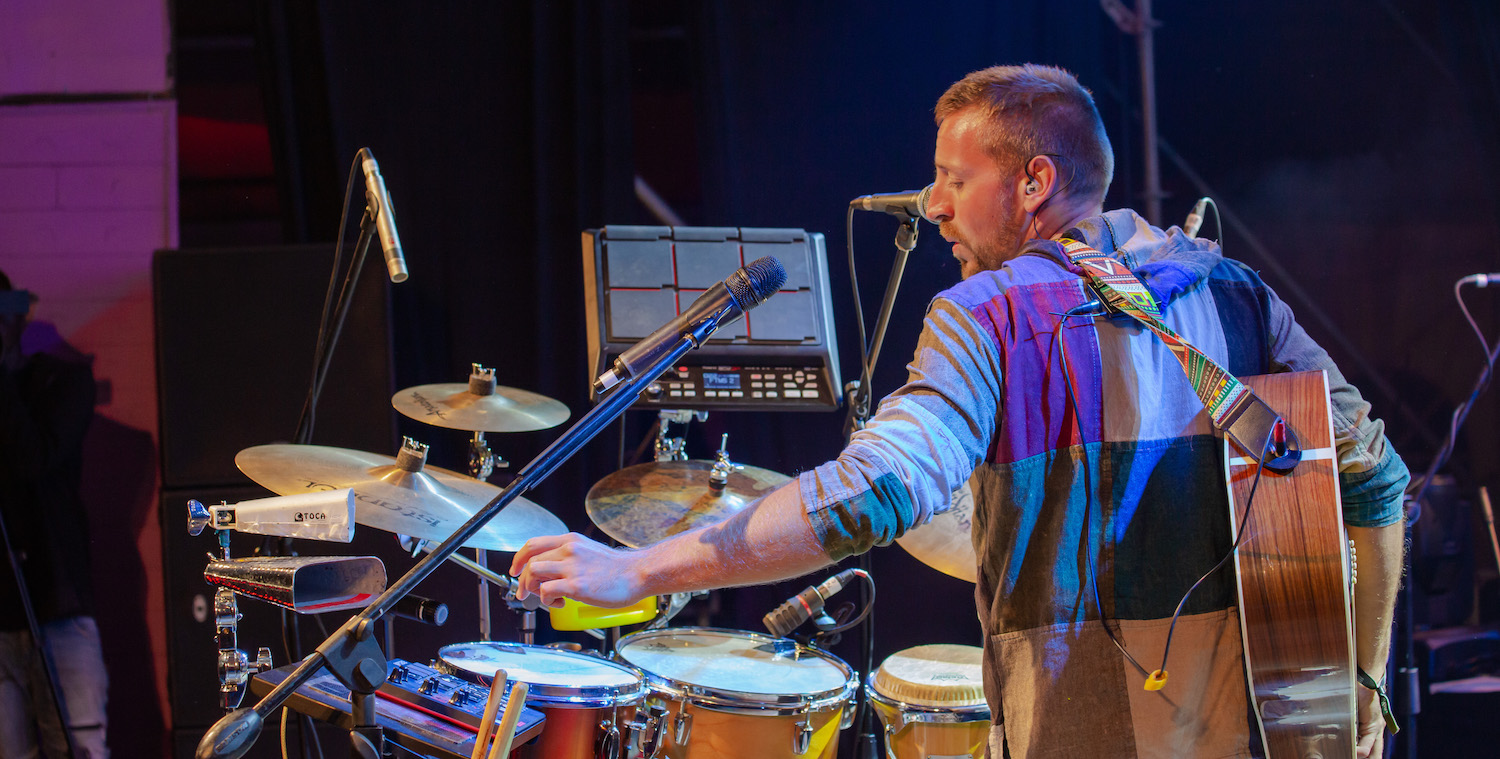 It is blatantly clear when watching his solo set that Steve’s first love is rhythm. He often appears to be doing ten different things simultaneously on stage, and yet the rhythm never breaks. Steve’s positivity and energy are absolutely contagious and so very refreshing.

His slogan, “Sing. Dance. Smile” perfectly captures what the show is all about. Steve views music as a beautiful form of communication and wants to give his audience a few minutes to just escape into a realm of happiness, fun and excitement. He claims that if he can put a smile on the face of just one audience member, his job is done.