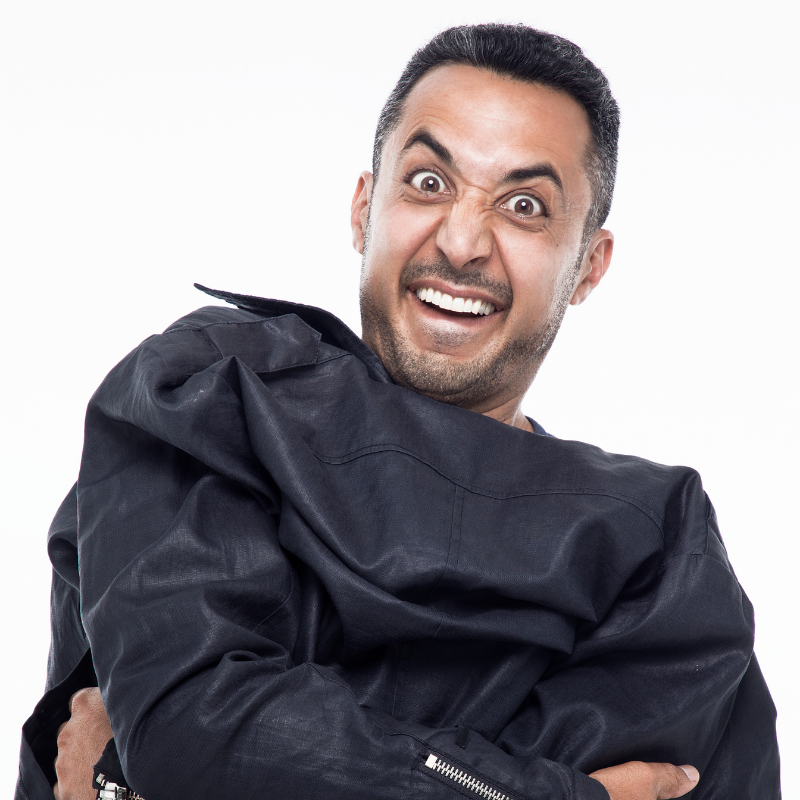 Doctor Riaad Moosa is an award-winning comedian, presenter, writer and actor; and happens to be a qualified medical doctor as well!

During this chaotic and stressful COVID-19 pandemic, Riaad launched an initiative called ‘The Best Medicine’ which is aimed at creating opportunities to heal through humour, laughter and many weird and wonderful therapies. This initiative also inspired the development of his own weekly virtual comedy club, ‘The Best Medicine’ Virtual Comedy Club, which features comedians from all over the world.

Riaad originally flexed his comedic and dramatic acting muscles when he played the lead in the internationally acclaimed movie ‘Material’ (also co-written by Riaad), which continues to inspire audiences all over the world. Material is also streaming on Netflix.

Riaad Moosa won the SAFTA (South African Film and Television Award) for Best Actor for his role in ‘Material’, which also received SAFTA’s for Best Film, Best Director and Best Supporting Actor in 2013.

‘Material 2’ or ‘New Material’ was due to be released in October 2020, but has been delayed due to the pandemic.

His previous one-man shows ‘Strictly Halaal’, ‘For The Baracka’ and ‘Doctor’s Orders’ were instant hits, both live and on DVD. Riaad has appeared in various TV and film productions, such as “Laugh Out Loud” (SA’s largest standup comedy show in TV history). Riaad was also a writer and performer for SABC 1’s “Pure Monate Show” – which achieved cult status amongst South Africa’s youth. He also featured in the Anant Singh/John Vlismas produced comedy-collective feature film ‘Outrageous’ (2009). Riaad was the regular presenter of a segment entitled “The Second Opinion – with Dr Riaad Moosa” on the E news channel’s satirical news programme “Late Nite News with Loyiso Gola.” In March 2011, Riaad was inaugural recipient of the “Comics Choice Award” at the “1st Annual South African Comic’s Choice Awards.”

Moosa, one of the country’s most popular and acclaimed funnymen with a style all his own, is known as “the Comedy Doctor”, and he certainly seems to have the remedy for the nation’s ills at the moment: a healthy dose of laughter, straight up – hold the aspirin.