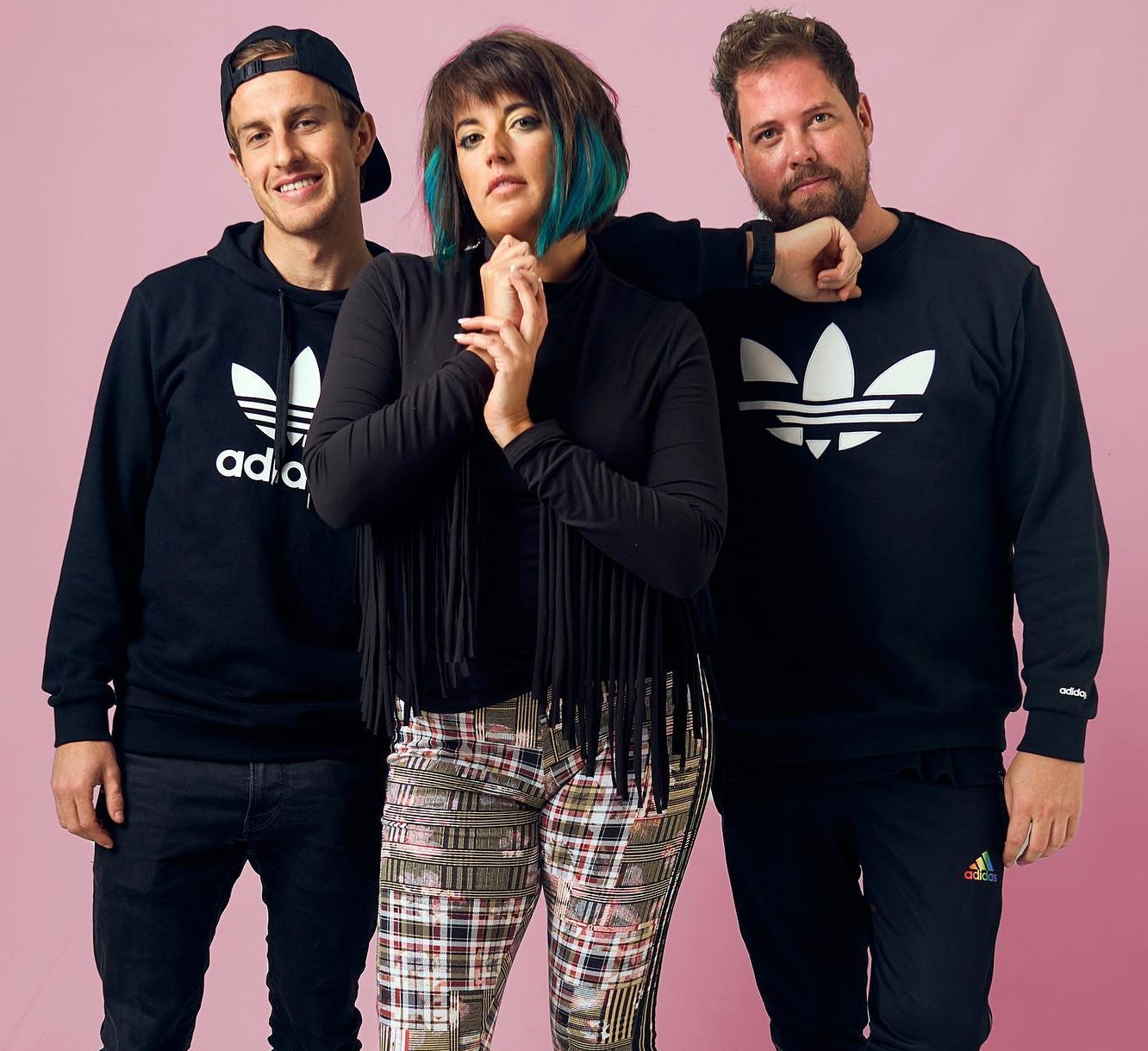 GoodLuck is an award-winning, chart-topping live electronic band from Cape Town, South Africa charged with a global sound. The trio has grown to become one of South Africa’s biggest electronic outfits buzzing on the international scene.

The GoodLuck sound fits nicely between the worlds of electronic-pop and accessible dance music, while taking subtle influences from genres as varied as afro-house, jazz and beyond. Their shape-shifting, genre-bending style is driven by the group’s diverse musical tastes and backgrounds. That dynamic dexterity is all part of the GoodLuck ethos: When three musicians come together to create, there are three perspectives, three ideologies and three agendas to balance.

At the heart of GoodLuck is the band’s collaborative spirit. “It’s a little bit like cooking,” says producer Ben Peters of the band’s creative process. “Different members of the band will bring ingredients to the kitchen, and most of the time it falls on me to chef it all together and put something on the table.” “But there’s no hard recipe,” adds vocalist Juliet Harding. “We’ll all come up with a song concept, and then I’ll write about the feeling it’s inspiring in me. It’s very collaborative.”

While their sound is rooted in the band’s South African homeland, with the rhythms of Afrobeat, Afro-house, tribal music and African drums lining their songs, GoodLuck’s sonic style is defined by a modern electronic edge with global crossover appeal. The studio is where the group crafts the magic, but the stage is where it all comes to life. GoodLuck’s sold-out live shows—which have taken the band around Europe, Asia, Africa and the UK and across global stages alongside everyone from Groove Armada, Basement Jaxx, Pet Shop Boys, Paul Oakenfold and Lost Frequencies to Robin Schulz and pop icon Pharrell Williams —are redefining the possibilities of live electronics. Their pioneering tech setup, which features drum machines, synthesizers, electronic percussions, saxophone and vocals, incorporates a complete recording studio on stage, allowing for free-flowing flexibility, experimental improvisation and crazy amounts of instrumentation in their high-energy performances. Much like their music, the GoodLuck live experience is reviving the lost art of songwriting and storytelling in electronic music.

Since first hitting the scene in 2011, GoodLuck have come to dominate the charts in their native South Africa, with their international profile growing with every new release. The band’s first international release, “Back in the Day” (Armada Music), exploded on Spotify. But it was their breakout track “I’ve Been Thinking About You” (Ultra Music) that became a certified international hit: The song reached #1 on radio charts across South Africa and was solidified as the most played song across all Top 40 stations in the country for the month of June 2016, in addition to becoming a Top 5 track on the Shazam charts in South Africa for over two months. Their recent single “Be Yourself”—released on the band’s own Get Lucky Records imprint and licensed to major electronic labels like Armada Music, Kontor Records and Bang Records—has received massive radio support across Europe, in addition to playlist features on Spotify (New Music Friday), Deezer and Apple Music. Their newest track, “Rum & Cola,” out now on their own label – Get Lucky Records.

Collectively, GoodLuck have amassed an impressive collection of milestones and accolades that includes: eleven #1 radio hits in South Africa; appearances and performances across national and international media outlets and TV stations; certified iTunes hits in Europe (with “Taking It Easy”); and more than 500 performances around the world. They’ve also attained massive streaming numbers, including +35 million Spotify plays and +12 million YouTube views.

But sales figures and awards aside, GoodLuck retain their love for songwriting and storytelling and their deep connection to their fans at the forefront—it’s what got them here in the first place.

“As a musician, you’re making a song that does not belong to you—it belongs to the audience, the listeners, the fans,” says saxophonist and keyboardist Tim Welsh. “The most important thing you have to do when creating music is to give them the best soundtrack for whatever it is they’re going through. Music is sometimes the difference between life and death; it’s the song for the most important day of someone’s life. We have to remember that our music is not just about us, but about connecting with the listener. This is the soundtrack to your life, and GoodLuck knows that our purpose is to make it the best it could be.”