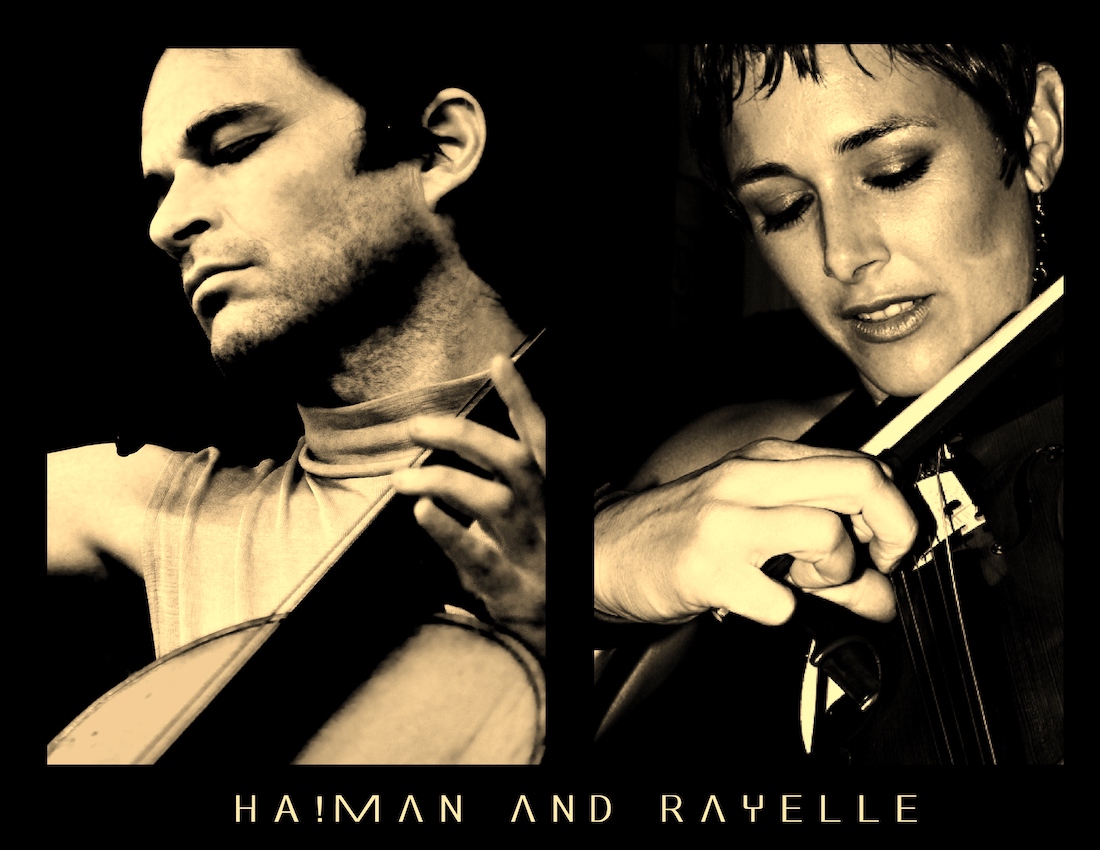 HA!Man and Rayelle Goodman in performance

Two musicians. The stage. Silence. The not knowing. The feeling. The frst notes. The growth, the journey, the language of music. The drawing on decades of experience, all into the moment. The audience, the evening, the season, the age.

All informing the shapes and colours of the sounds as they communicate with each other and the stars.

HA!Man (Francois le Roux) has made improvisation a life’s journey and have traversed the globe since the early 2000’s with solo performances, collaborations, workshops in spontaneous creativity and a host of creative projects. Along with his Belgian wife and creative partner, Joke Debaere, they host an online service with regular releases and a library of many works through a number of media, including writings, visual art and video work.

The HA!Man brings his cello and keyboard, some smaller instruments, his voice and moving body

to the arena of play and is regarded as world class in his field. In the worlds of Die Burger daily, “The HA!Man is one of South Africa’s most talented performers.. His performance on piano, keyboard and cello is truly a fresh experience and one can only observe in amazement his countless improvisations and finely attuned interpretations, using the 1ute, cello and piano to captivate his audience into a near trance.”

Rayelle Goodman has likewise been playing violin for decades and is Classically trained. Her strengths include versatility, improvisation, meticulousness, sight reading and creativity.

Music has always featured at the centre of her life; from playing concerts and eisteddfods as a child, to studying further at the University of Cape Town’s College of Music, to performing and collaborating both locally and internationally, covering a range that is quite astonishing in its sweep of genre, style and context.

She was the original violinist in South African bands Freshlyground and Coda, has performed for Mandela and Archbishop Desmond Tutu, and has collaborated with an array of artists including Pieter-Dirk Uys, Josh Groban, Shawn Phillips, The Casal String Quartett, The Crash Test Dummies, Jennifer Ferguson, Prime Circle, Mix ‘n Blend, The Rudimentals, Neo Muyanga, Robin Auld and many others.

Together, they have given a number completely improvised recitals over the years, seeking out new audiences and venues as they go along. The experience of these events are highly treasured, as they excite and move from a deeper, almost underground level, described as “phenomenally intuitive and original.”