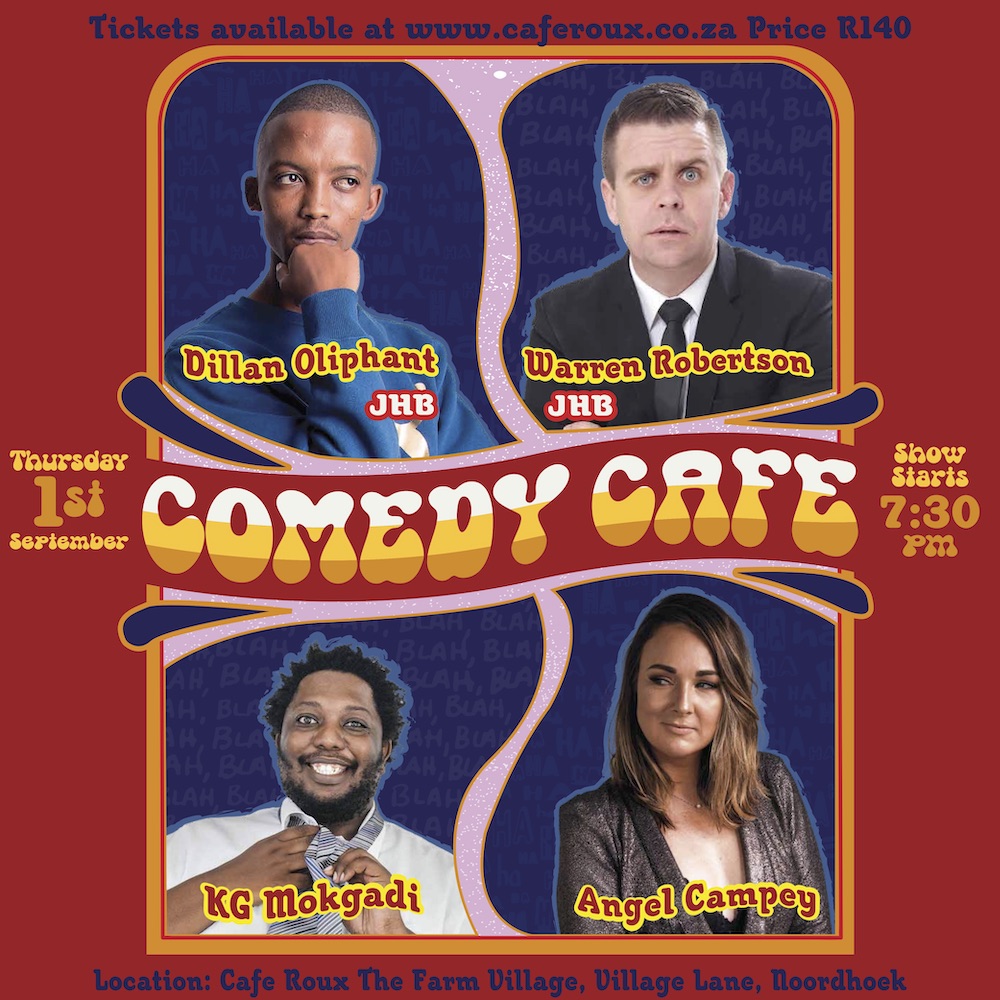 In partnership with Cape Premier Comedy, Noordhoek’s favourite live entertainment venue is bringing some of SA’s top comedians together to create a monthly comedy show of unmatched laughter.

With multiple one-man shows each, all four comics have broken through to make numerous appearances on Comedy Central, and on local and international comedy festivals and TV shows and are recognised as being at the very pinnacle of SA comedy.

Appearing together on one power-packed line-up for the first time, these comics are sure to bring the hilarity – and for only R140 a ticket this is a show that’s not to be missed.