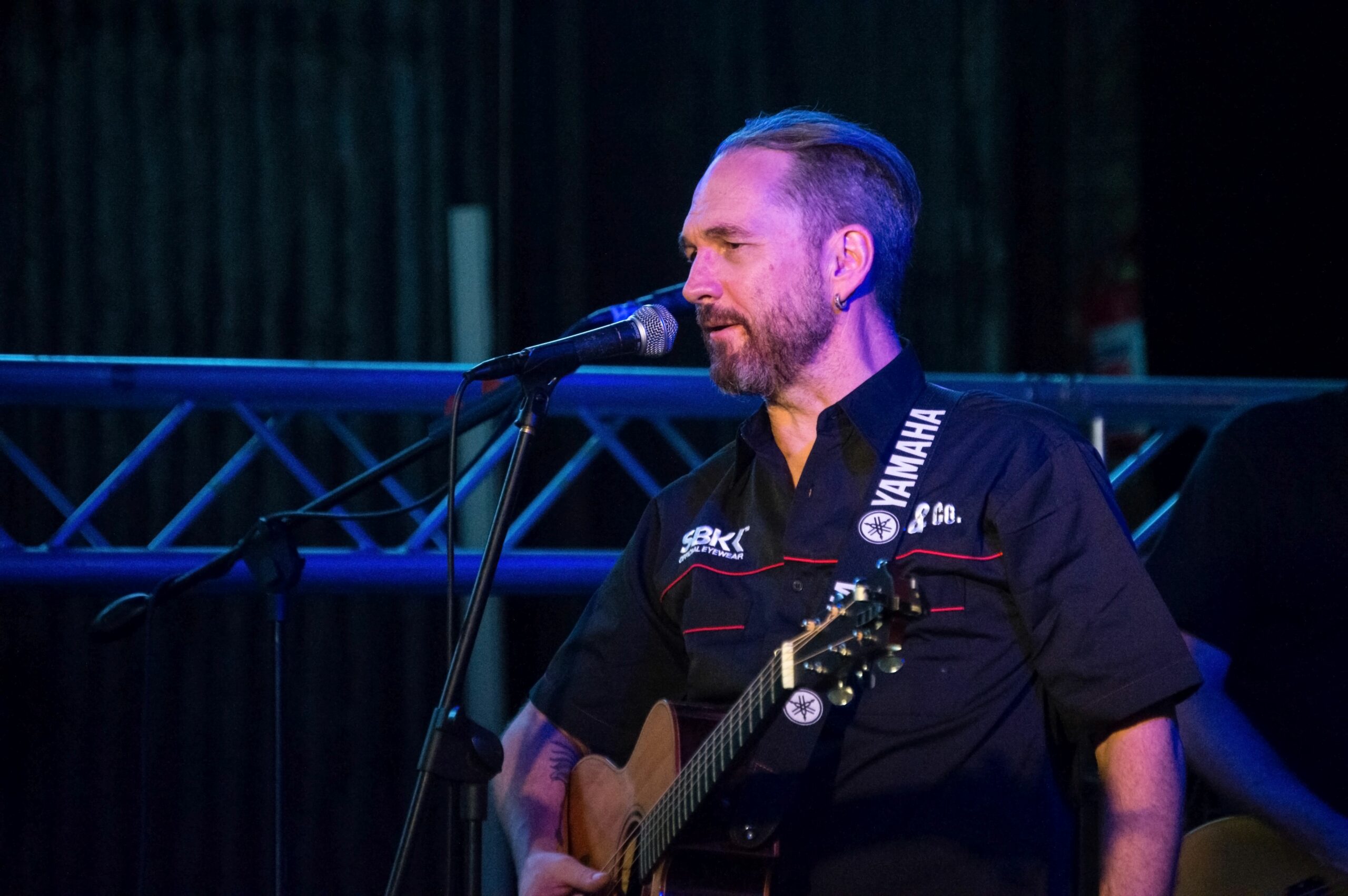 Clint Cunningham, who has carved out an illustrious career, a well-known brand and legendary name for himself in the music and entertainment industry as a vibrant, remarkable entertainer and consummate performer; singer / songwriter / guitarist; engaging M.C.; mesmerizing storyteller and celebrated, renowned frontman of the phenomenal rock band, Clint & Co, will be back at Café Roux, The Farm Village, 270 Chapman’s Peak Drive, Noordhoek on Sunday 24 April 2022 at 5 pm, after a successful show at this venue in February 2020 and September 2021, to take his audience on a musical rollercoaster ride, performing hits from Creedence to Cocker in his show. Doors open at 4 pm. for early supper. Tickets: R165 p.p. (show only) Bookings: www.quicket.co.za. Enquiries: (021) 789 – 2538

Having garnered a wealth of experience in the world of showbiz Clint Cunningham, quintessentially a born performer never fails to illuminate and ignite the stage with his powerhouse vocals and magnetic personality. Captivating his audience and holding them spellbound and wonder-struck from start to finish with his superlative performances, is what sets Clint Cunningham apart from other entertainers! Equally at ease on and off stage, Clint Cunningham exudes a charisma and an aura that leaves his audience breathless and exhilarated. His zest for life is infectious, his confidence is inspiring and his interesting anecdotes ingeniously interwoven with comedy and wit, resonate with his audience and endears him to them.

No stranger to South African audiences, Clint Cunningham’s highly-acclaimed, sell-out shows, such as his Creedence Clearwater Revival Tribute (he performed it as a solo artist in 2008 at Carnival City’s Big Top Arena to over 1 500 people); his U2 Tribute, “Joe Cocker and Friends”, “Clint & Co. … the best of” and “The Midnight Hour” have been performed at all the top theatres in the country and have received rave reviews. Clint and his band have toured Zimbabwe several times, Maputo and Swaziland, Cape Town as well as the Garden Route with resounding success, while Clint’s spirit for adventure and desire to expand his horizons, have led to him perform in the U.S.A. and Monaco.

Clint Cunningham’s one-man show, dubbed, “From Creedence to Cocker” is full of crowd favourites, hilarious stories and 1 or 2 unique originals. Robbie William’s hit song, “Let me entertain you” embody and echo Clint’s passion. Fasten your seatbelts for take-off as natural born entertainer extraordinaire, Clint Cunningham, prepares to take you on a magical, musical journey that will leave you entertained and wanting more!