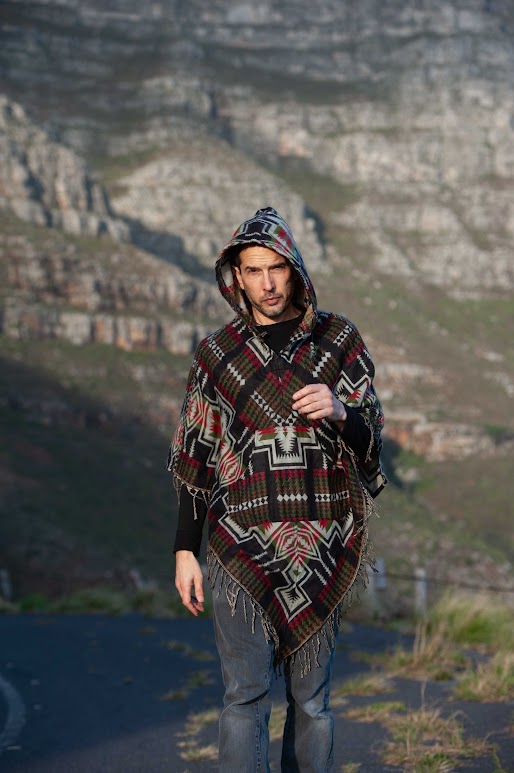 The son of a Romanian architect and South African opera singer,Yoav grew up listening to classic songwriters, then succumbed to dance music and golden age hip hop.

A chance discovery sent a young Yoav to USA ,while performing on the New York live circuit his sound and musical identity took form. He developed a guitar style that is a mix of anthemic electro and EDM leaning riffs, with elements of trip hop leading atmosphere. All sounds and ‘instrumentation’ on his albums are in fact wrought out of the body and strings of his trusty Lowden guitar. His lyrics touch upon the complexities of relationships, be they romantic, social or spiritual.

Yoav was discovered (and produced) by producer Marius De Vries (Moulin Rouge, Bjork, Madonna), and was then signed to Island records by Rollo Armstrong of Faithless.

His debut album Charmed and Strange was recorded in Oxfordshire, England, and made waves in Canada, Russia, much of Western Europe and the Middle East–propelled by the hit singles Club Thing and Beautiful Lie.

The album was brought to the attention of Tori Amos, who then invited Yoav to support her on a 50 date tour across North America. Yoav’s unique performance, underpinned by his weighty loop-station, garnered rave reviews, and invitations to perform at Coachella, Glastonbury, TV show Later with Jools Holland, and countless other festivals and concerts across four continents over the following years.

He received a South Africa Music Award (SAMA) for his second album A Foolproof Escape Plan, which was recorded in California and featured South Africa national radio #1 song We All Are Dancing. Yoav’s nomadic lifestyle continued into his third album Blood Vine, recorded in amongst the vineyards of Cape Town. His fourth album, the anthemic Multiverse was recorded in North Ibiza.

Yoav performed a duet of The Pixies Where is My Mind with lead actress Emily Browning, for Zach Snyder’s cult musical sci-fi/fantasy Sucker Punch—with the Original Soundtrack reaching #1 on the Billboard charts. Yoav has also performed with Lykke Li, Underworld and Imogen Heap among many others and his songs have featured in TV shows The Mentalist and One Tree Hill.

As of lockdown 2021,Yoav moved into self-production mode and created a sound that sees a return to his indie folk roots, with a dash of Ennio Morricone and the Andes thrown in for good measure. The result is a new song, 7 Years… with more new songs to follow.