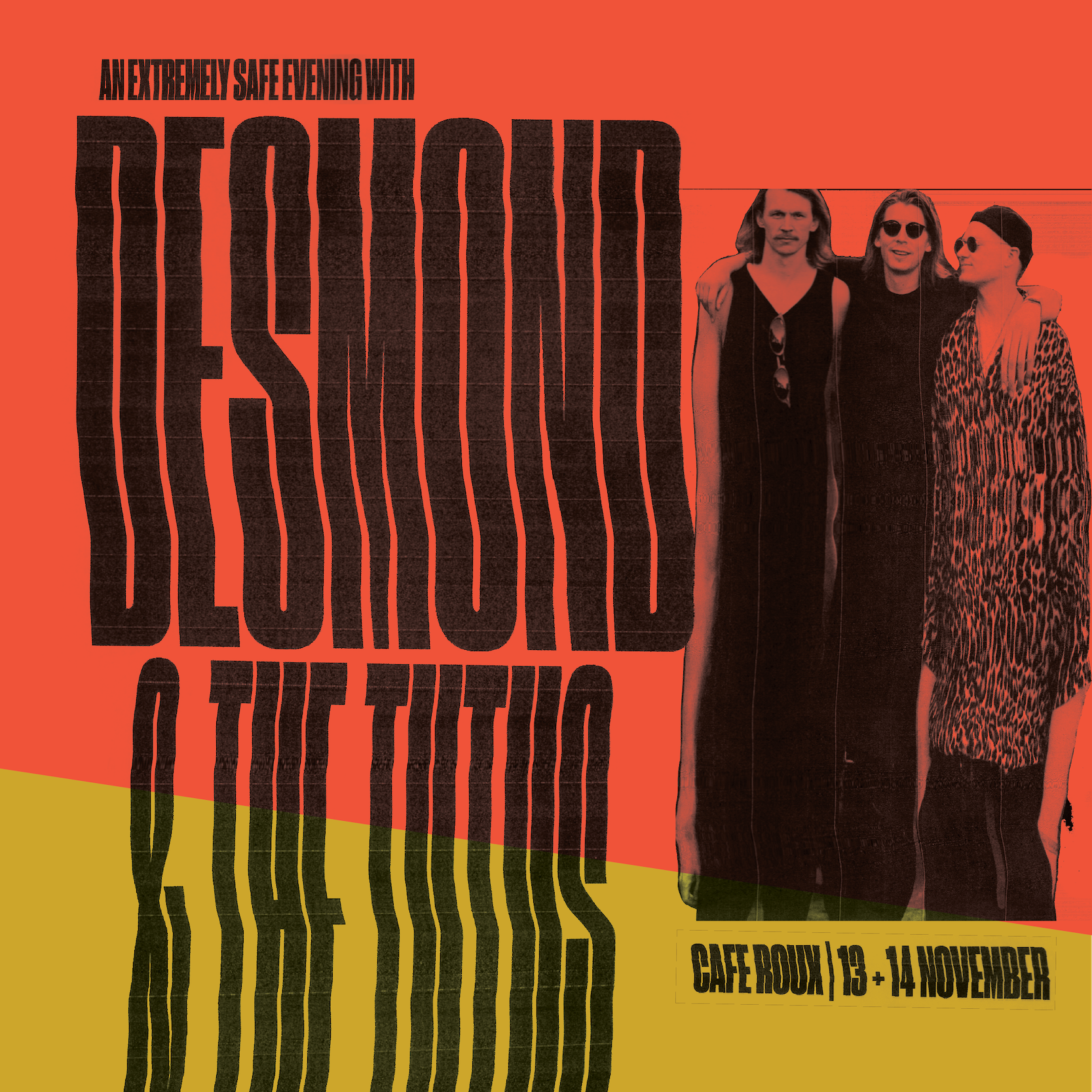 Arrive from 4pm for dinner. Music at 5pm

Desmond & The Tutus have been scare-crowing across the world’s stages with their unique, some might call it niche, brand of Indie-Rock for just on ten years. But to call it niche would be entirely missing the point. The Tutus are more shapeshifters than niche. The Tutus’ have also toured extensively internationally, opening on their 2009 UK tour for The Vivian Girls, The Soft Pack and Women. They played at one of the last, and legendary Optimo parties at The Sub Club in Glasgow and somehow managed to sell out their first European headliner at Vanner och Bekanta in Stockholm. The band has sold out shows all over Japan backed up by a number of album releases by Osaka-based record label Flake Records. Locally, Desmond and the Tutus have opened for bands like Two Door Cinema Club, Clap your Hands Say Yeah and The Drums. So basically, people LIKE this band. The bands 3rd album ‘Enjoy Yourself’ is a collection of indie-rock anthems, pretty love songs and pulsing disco hits. The hit single ‘Pretoria Girls’ reached number one on 5FM’s Top 40 chart and the album ‘Enjoy Yourself’ picked up the South African Music Award (SAMA) for Best Rock Album in 2016. In 2017 the band’s single ‘Pretoria Girls’ was nominated for Best Pop Song at the MTV Africa Music Awards. The Tutus continue to tour playing festivals and club shows and have spent most of 2019 and 2020 completing work on their 4th studio album titled “Desmond” released in December 2020.