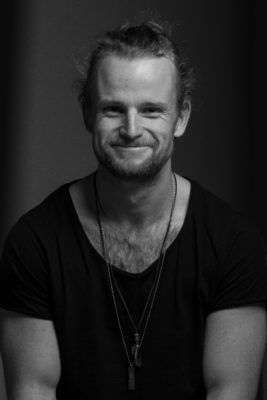 Richard Stirton is a Singer/Songwriter from Cape Town, South Africa who is based in Liverpool in the United Kingdom. Richard burst onto the South African music scene after winning season 1 of The Voice South Africa at the tender age of 22. He signed a lucrative recording contract with Universal Music and released his debut single, “What Tears Me The Most” and album, “Middle Ground”, which both shot to number 1 on the South African iTunes Charts. He was subsequently nominated for a SAMA in 2017, for best Rock Album.

After 2 years of sold out shows across the country, sharing lineups with the likes of The Parlotones, Karen Zoid, Francois Van Coke, The Pixies, Jack Parow, Majozi, Dan Patlansky, Claire Johnston and Lira, Richard retreated from the spotlight to hone his songwriting skills.

An individual driven by the human connection Richard set about finding his sound. In the second half of 2018, after parting ways with Universal music, Richard began independently crafting a follow up EP to his debut album. He hadn’t been able to contribute much in the songwriting process during the creation of his first album, as is the nature with most works released soon after a talent show is completed. His latest EP, that he has spent countless hours refining, is entirely his, because at the end of the day he wants to be true and honest to both himself and his fans. He wants to connect with them. He wants whoever listens to his music to know that the song is a direct message from him to them.

His latest EP, entitled “Naked”, epitomises that ethos. One of honesty. One of truth. A reminder to everyone that they are not alone in their journey through life into becoming the best version of themselves. He aims to be the peoples’ artist. A friend. And to build a career of longevity based on  connection with his listeners. To grow with them, to be a part of each of their journeys. He has stepped out of his comfort zone once again and moved across to the UK to pursue further opportunities in his music career and continues to search for growth in both his craft as well as himself as a human being.

With a live show catered for every environment, Richard delivers performances with the sole goal of making a connection with the audience. With sprinklings of introspection, thought provocation, plenty of healthy banter and laughs creating a feel good show to leave the audience buzzing.