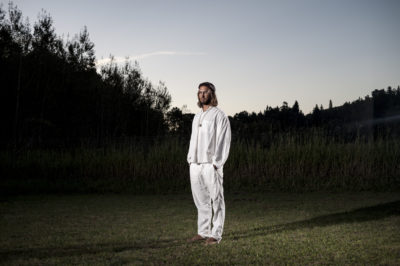 The six-piece band Native Young is the brainchild of Yannick Meyer. The band incorporates a number of interesting instruments, including the banjo, marimba, djembe drums, and a German instrument, which is comprised of two metal shells that are joined together, called the hang.

The fusion of instruments and Meyer’s smooth falsetto vocals bring a new, fresh and delightfully traditional twist to the local indie scene. With members hailing from South Africa and Spain, the band has managed to blur the barriers of cultural music.

Their unique, eclectic sound has since caught the attention of UK record company PIAS with whom they recently sealed an EP deal. Prior to that, there debut single ‘Children of the Sun’ was released in September last year in the UK, United States of America and Europe. They were also featured in UK Elle “Sounds of summer” it-list.