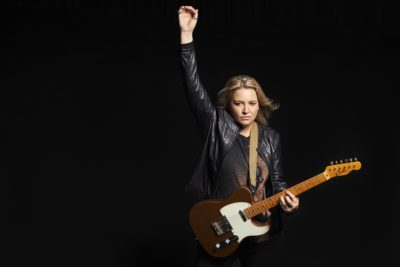 Join us on the 25th January for Karen Zoid outdoor summer show.

Grass tickets R150 – to be seated on the grass area of The Farm Village. Bring your own blankets. No cooler boxes allowed. There will be a mobile burger stand & bar on the grass. cafe Roux menu also available.
Seated table tickets – R250. within cafe Roux, under the bedouin tent.
Kids are free and are expected to “roam free” – they do not get allocated table seats.
Weather – if it rains, those booked on the grass will have part cover. Please note that tickets are non-refundable
Those booked at seated tables will be under the big bedouin tent.
Times – arrive from 3:30 pm. Music to start at approx. 4:30pm. Finished by 6 pm.

Bookings: go to caferouxsessions.co.za or book at webtickets.co.za
Contact for enquiries: michelle@caferoux.co.za / 021 789 2538
Proudly sponsored by, The Wolf Trap Wine.
**

The release of her first solo album (Poles Apart) 10 years ago fired the imagination of both critics and the public when she burst onto the scene with the song Afrikaners is plesierig.  The song became iconic and Karen Zoid became South Africa’s queen of rock crossing over between Afrikaans and English markets.
Over the past 10 years Zoid’s albums achieved gold status, she received a SAMA for Best Female Artist, won numerous other awards and performed with international artists like John Mayer, Annie Lennox, Metallica and Hothouse Flowers. TIME Magazine and US News & World Report
highlighted her role as an icon in South-African music.  First year students at Universities study her writing as part of their academic modules.

Fans were introduced to songs like Beautiful, Ons soek rock & roll and Verandering . In 2005 Small Room became one of the biggest songs being play listed on radio. Aeroplane Jane became the most requested song over the past three years on radio.

ALL ABOUT KAREN ZOID

Karen Zoid has become an important part of the South African music scene. Since releasing her first solo album, Poles Apart (2002), Zoid has become such an important part of the home grown scene that her name is now the byword for emotionally charged, downright incendiary South African rock music. The press renamed her followers the ‘Zoid Generation’.
What’s more, through the last decade, Zoid has managed that unusual and frequently tricky feat of balancing popular appeal with critical praise; of securing an audience of both Afrikaans and English speakers; of retaining her individuality in a market known for its desire for sameness. And through it all, Zoid has held onto an enviable integrity that allows her to speak her mind in a way that only earns her more devotees and proved no barrier to being named Best Female Artist at the 2008 South African Music Awards.
Zoid’s super-charged rock energy is an ability to write gorgeous, delicately rendered songs that speak of the emotional vortex that drives this exceptional artist to keep creating.  ‘Zoid Afrika’ , her latest album shows that Karen Zoid is South Africa’s premier female rock artist, full stop. She has shared the staged with international acts like John Mayer, Annie Lennox, Metallica, Simple Plan, Hothouse Flowers, Seal and UB40.