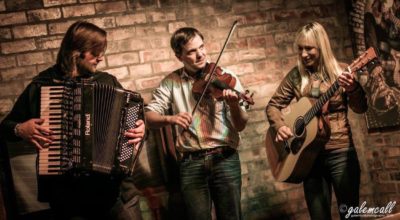 Jenny & the Jameses are “one of the most fun and refreshingly honest bands on the circuit and most certainly not to be missed live.”

As a result of Corona, we have evolved into a more casual, ‘market-style’ approach to the way we operate. Patrons sitting outside at cafe Roux, will enjoy a more relaxed, self-serviced food experience and those booked for our indoor evening live music shows, will enjoy a selection of our most popular cafe Roux meals & drinks served by our longstanding waiters.
Dinner available between 6pm and 8pm.