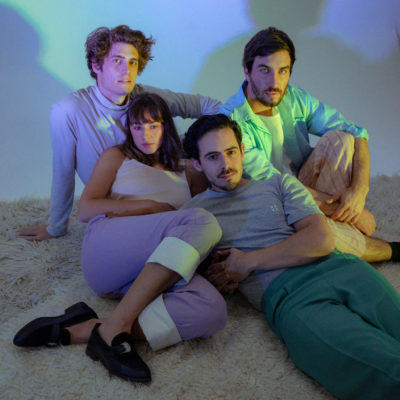 In April 2018, Diamond Thug released their debut album: ‘Apastron’, earning them a feature as Apple Music’s New Artist Spotlight. The 12 track album spoke to themes of cosmic proportion, presenting a beautiful journey of love and loss in the depths of space. Diamond Thug will release their second EP in May 2019, while touring their new and old material across Europe and the UK.

“Their music can move you, excite you and perhaps even – dare I say it – inspire you.” – The Huffington Post
“Diamond Thug’s come-hither voice dances through salty beach air” – Billboard
“As flawless vocals glide over soaring guitar riffs and electronic melodies, the track has clearly been created for lazy summer evenings and dancing under festival sunsets.” – Wonderland
“This isn’t a diamond in the rough; it’s a proper gem.” – DIY
“Incorporating bouncing synthesisers, afro-rhythmic drum beats and immaculate guitar playing” – Indie Shuffle