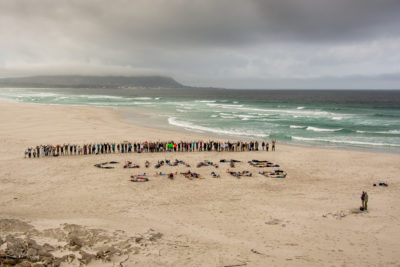 Dubbed a “rousing call to arms” and generally acclaimed by critics David Attenborough’s latest BBC documentary, Climate Change – The Facts, illustrates graphically why global warming has been called “our greatest threat in thousands of years,” one which could cause the destruction of our familiar, natural world and our uniquely rich human culture.

“In the 20 years since I first started talking about the impact of climate change on our world, conditions have changed far faster than I ever imagined,” Sir David says in the film.

It features a who’s who of climate academia, from Michael Mann, James Hansen and Naomi Oreskes in the US to UK figures including Peter Stott, Mark Maslin and Catherine Mitchell. There will be 30 minutes for discussion after the film.