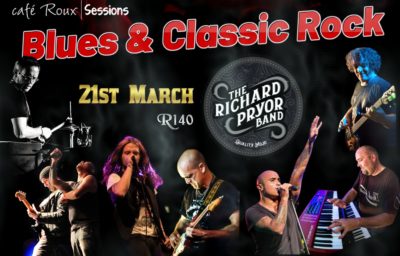 Included in your Entry Ticket is Free Entry into the Lucky Draw on the night.
Great Prizes up for grabs including a Fender Guitar, a Cash Prize from Combustion Technology
and 2x Tickets to the Table Mountain Blues Summit on the 11th April.

Expect passion driven Blues Rock of the highest calibre from some of Cape Towns best as they deliver an onslaught of live music
guaranteed to refuel your Serotonin Levels.