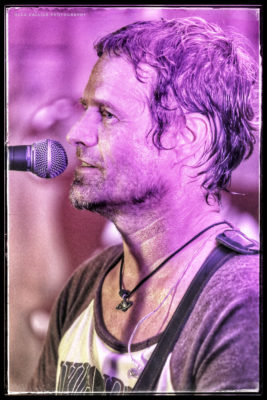 Join us this valentines day to celebrate friendship, love and good times with your favourite people & a intimate music evening with Arno Carstens. Tables of 2 is limited.

Arno is a  regular feature on the cafe Roux lineup, always ensuring a sold out Session. During his career as the lead singer of Springbok Nude Girls & subsequently as a solo artist, he has released 10 studio albums. He has had over 20 top ten singles, won 5 South African Music Awards & shared the stage with legends of the music world including U2, The Rolling Stones & REM.

Arno Carstens 5th solo album, ‘Lightening Prevails’, will be released in 2014. ‘Lightning Prevails’ boasts a seductive departure from the comfortable & familiar Arno Carstens sound.  “The album is almost entirely made up of new songs, and completely inspired by my musical history, past and present” says Carstens. “We decided to keep Bubblegum on the album, the version we recorded worked very well with the new songs and I added two covers, which are so vastly different from the originals.  ACDC’s Highway to Hell was such a big part of my musical influence growing up & Sam and Dave’s Hold On (I’m Coming) was Dan’s idea and I love where the track took me.  When I went into the studio, my intention was to make an album of old hits for the fans that come to my acoustic shows, but what fate had in mind took us all by surprise.”