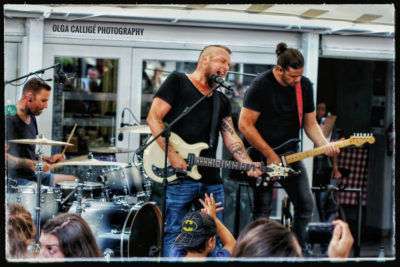 Over the course of the last decade and a half, well known singer and songwriter, Ard, has been honing his craft and moving people the world over. As the front man of South African band Just Jinjer, his indelible lyrics and melody arrangements led the way to the incredible success of their debut album title ‘All Comes Round’, becoming one of the biggest selling rock genre albums of all time in their native country of South Africa, achieving double platinum status in it’s first year, with the follow up album “Something for now” reaching the same status a year later.

Just Jinjer have shared the stage with many iconic local and international artists on many stages across the world. Most notably at the Nelson Mandela 46664 Concert, Johannesburg in 2009 where they performed with the likes of The Goo Goo Dolls, Annie Lennox, Razorlight, Ludacris, Corrinne Bailey Rae, Peter Gabriel, Live, and Angélique Kidjo.

They have also performed support duties, and shared the bill with many international stars such as U2, Counting Crows, Def Leppard, INXS, Maroon 5, One Republic, Hootie and the Blowfish, The Strokes, and many more. On their own Just Jinjer have performed many sold out arena shows across South Africa.