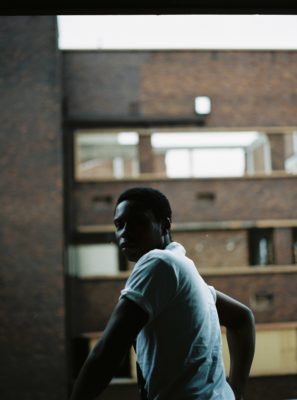 Evidence of this is the past year which has seen the Johannesburg based artist expand his global audience with a brace of performances across Europe and Africa, alongside finishing an album that is set to cement his standing as an artist of the most singular gifts.

iimini (“days”) was heralded last year by two singles “Zange” and “Jikeleza” and is due for release through London based Platoon (Princess Nokia, Victoria Monet, Maleek Berry, Samthing Soweto, Sun El Musician) on 28 March 2020. The album will join 2012’s Umlilo and 2017’s Mangaliso in capturing the recorded output of an artist who has been described as a “modern miracle” by Radio France Internationale (RFI) and recently profiled in prestigious UK music magazine, Songlines.

The album is a collection of songs that trace the unfolding of love, from the day of first meeting until the end. Joined by Tiago Correia-Paulo and Robin Brink, the evening promises to take you on a journey as Mabandla unravels the stories of love from iimini.